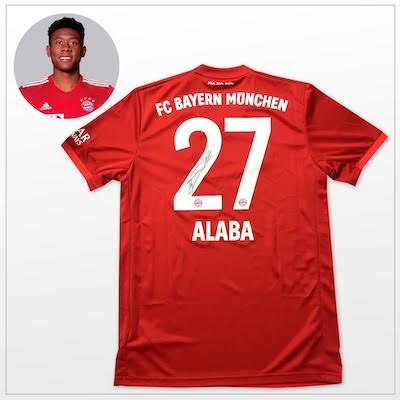 David Alaba can actually play all positions, because he manages to adapt to each position because of his outstanding qualities as a footballer. As a left defender he chases along the sideline, closes his side and puts pressure on the opponent with spectacular offensive actions. In favour of Right To Play, the Bayern Star will now auction an original signed FC Bayern jersey!

Right To Play is an international children's aid organisation that uses play & sport to improve the long-term opportunities of children and young people in Africa, Asia and the Middle East. They help people to help themselves so that children and young people can take their future into their own hands. In 15 countries, their programs impart knowledge and skills to children. That works! Games make important topics tangible. A football match can convey important values such as tolerance and teamwork; a catching game can explain malaria.