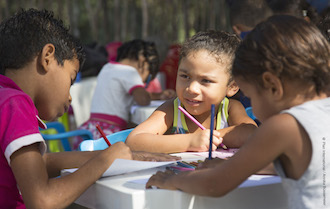 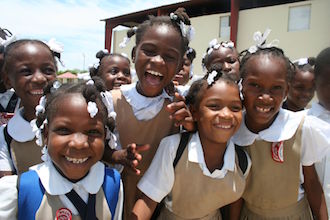 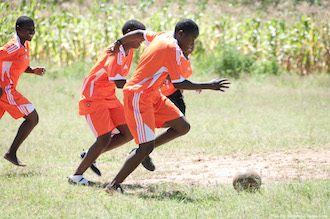 Plan International is an aid organization independent of any specific religious or ideological influence which works for the opportunities and rights of children worldwide: efficiently, transparently, intelligently. For 80 years, the organization has worked towards letting girls and boys live free from poverty, violence and injustice. In doing so, Plan International actively involves children in more than 70 countries in forming their future.

Top priority is sustained communal development and improvement of life circumstances in the organization’s partner countries. Plan International reacts quickly to emergencies and natural disasters which threaten children’s lives. The United Nations’ aims for sustained development bolster the organization’s commitment to equality for girls and women. With its "Because I am a Girl "movement, Plan International works to ensure they develop their full potential throughout the world.

Just as every sportsman and woman needs the backing of fans to reach their performance heights, so each and every child needs somebody to believe in them and promote their interests. So, with the help of Plan International, some of Germany’s best sportsmen and women have themselves become fans - fans of their personal sponsor child. Top sports clubs and associations, too - such as the handball club SG Flensburg-Handewitt or the German Athletics Association - aim along with Plan International to increase awareness of the needs of children in developing countries.