A FAIR CHANCE FOR EVERY CHILD 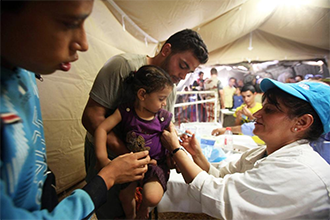 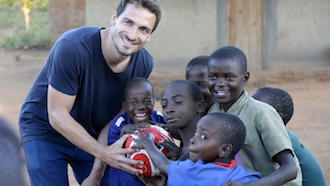 UNICEF is the United Nations children’s agency. Every child in the world has the right to a childhood - and UNICEF is there to make this right a reality.

UNICEF was founded in 1946 and helps children in some 150 countries. Working with supporters and partners, UNICEF supplies vaccines for one child in three worldwide, equips schools and has a political commitment - such as promoting effective child protection laws. UNICEF in Germany is active in information and fundraising work, promoting children’s rights at the political level, and furthering civic commitment to it causes.

Wherever UNICEF is there for children, its donors are also present. UNICEF’s work is financed exclusively from voluntary contributions by private persons and by governments. Much has already been achieved by such joint effort: Today, more children than ever go to school, dangerous diseases have been curbed, and worldwide there is a growing awareness that children are individuals entitled to their own rights.

What UNICEF together with its donors has achieved for children worldwide is encouraging. Today, for instance, considerably more children survive the first year of their lives thanks to improved water supplies, hygiene or vaccination. HIV infections are decreasing. School fees are being abolished in more and more countries. But there is still much to be done. Every donation - no matter how big or small - has its effect.