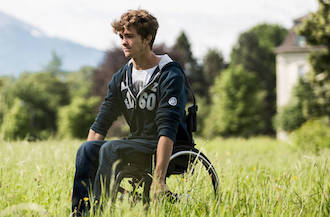 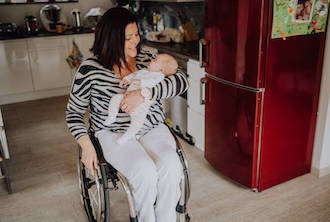 IT’S NOT A QUESTION OF WHETHER EFFECTIVE TREATMENT WILL BE FOUND, BUT WHEN

The private research foundation Wings for Life has set itself the goal of finding cures for all paraplegic patients worldwide.

A tragic accident involving Kinigadner's son Hannes in 2003, which resulted in a severe paraplegia, was the decisive impetus to bring the foundation into being.

Moved by the serious injury, Kinigadner and Mateschitz invited leading scientists from all over the world to Salzburg. It quickly became clear that, contrary to popular belief, there is indeed a legitimate hope for healing traumatic paraplegia. For science is unanimous: injured nerve cells in the spinal cord are capable of regeneration.

What finally moved Kinigadner and Mateschitz to act was the fact that not enough research had been done in this direction. Even if a cure is not yet possible, steady progress is being made, which gives hope for an improvement in the quality of life of people with paraplegia and the prospect of recovery.

Since its foundation, Wings for Life has funded 239 research projects to increase the chances that the diagnosis of "paraplegia" will be a thing of the past in the future.