Meet and Greet with Nico Rosberg 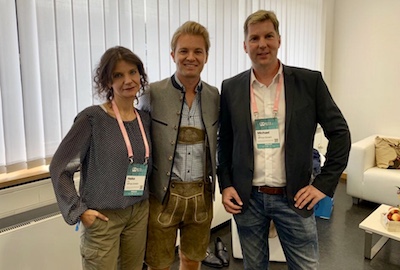 Nico Rosberg with VIPrize winner Michael and his wife 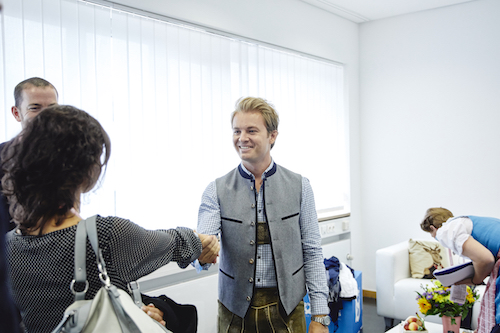 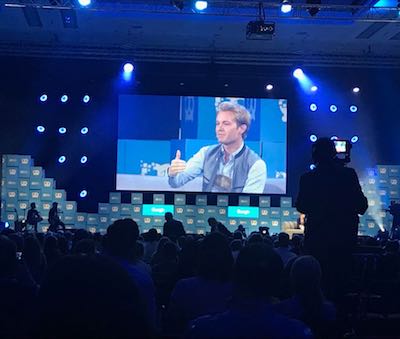 Meet Formula 1 World Champion Nico Rosberg personally and talk with him about the time as Formula 1 driver! For our winner Michael this dream has come true! Thanks to his great support for Tribute to Bambi Foundation, he has won a unique experience with Nico Rosberg at the Founders Festival Bits & Pretzels. Of course, the hotel and flights was covered by VIPrize.

Michael finally had the opportunity to be close to his Formula 1 idol at an exclusive meet & greet and ask him everything he ever wanted to know about Nicos racing time. Of course, lots of souvenir photos were taken and merchandise was signed. Nico was in a great mood and spent a lot of time in the backstage area with our winner and his wife.

Previously, Nico Rosberg had appeared as a speaker on the main stage of Germany's largest startup festival & talked about his time as an active racer. In addition he gave a lot of insights in his time after the successful racing career. One could immediately feel his entrepreneurial spirit.

Michael and his wife watched the event from the best seats in the VIP area and saw a fantastic event with many other prominent speakers like Jan Böhmermann, Tarana Burke (founder of the #MeToo movement), CEO and founder of Flixbus André Schwämmlein and many more.

For Michael this was an exciting day that he wont forget soon. Thank you for your commitment Michael and your generous donation for children's aid projects of the Tribute to Bambi Foundation.