Meet and Greet with Samy Deluxe 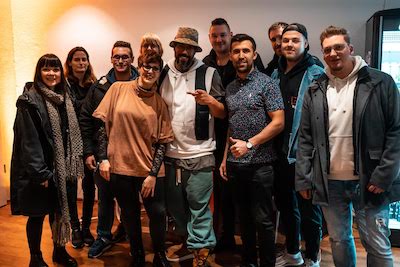 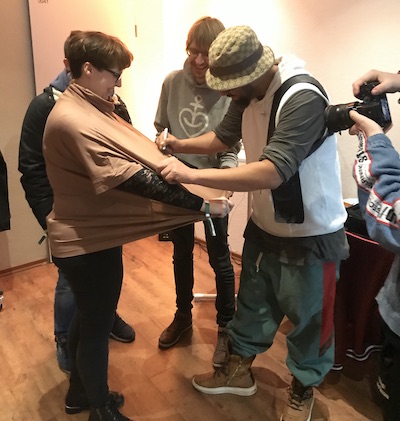 An unforgettable concert experience with Samy Deluxe in Hamburg

A unique backstage - and concert experience with rapper Samy Deluxe has won Sarah, participant in our campaign! Sarah met the German rapper in person and was present at his final concert of SaMTV Unplugged at the Barclaycard Arena in Hamburg on 19.12.2019 - and that even on her birthday, what a cool present!

Together with 4 friends, whom Sarah was allowed to bring along, they went on an exclusive tour through the Bayclard Arena before the concert, which ended in the backstage area, where Samy Deluxe was already waiting for its guests. Getting to know each other was a great success, numerous souvenir photos were taken and Samy even signed Sarah's T-Shirt.
Afterwards we went to the VIP box exclusively reserved for our winner and her company - with free food and drinks and a top view of the stage.
The concert was a great success, a great show with all the hits and besides Samy Deluxe also Max Herre, Jan Delay, Afrob and more performed, who are also featured on the SaMTV Unplugged album.
As a surprise Sarah and her friends got a vinyl record with 7 new hits from Samy's new album. A very exclusive gift, as none of the audience knew about the new album, as Samy only announced this news at the end of the concert.

We thank you Sarah for your donation to the Samy Deluxe Kids and the FABS Foundation and hope that you will remember your VIPrize experience with Samy Deluxe forever!