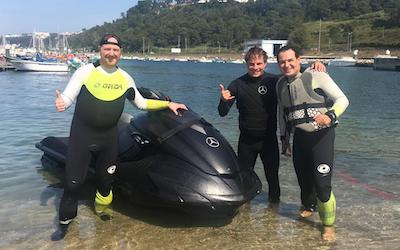 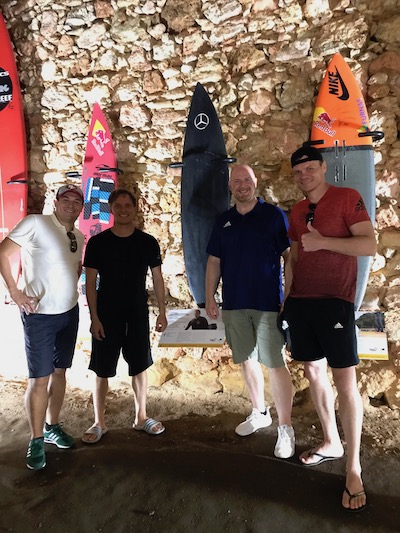 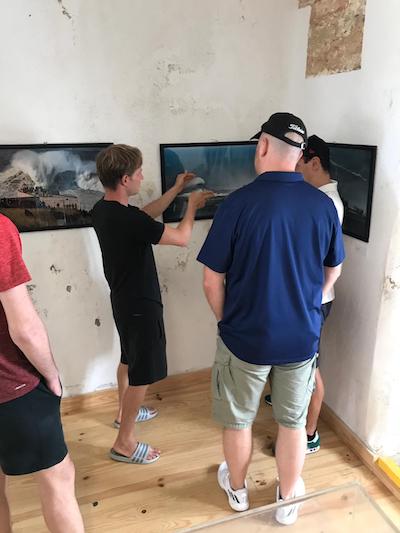 Hunting the biggest wave in the world

Once with Big Wave superstar Sebastian Steudtner on a jet ski to go hunting for the world's biggest waves in Nazaré! This dream came true for our winner Bjoern.

Together with Bjoern's companion, they went by plane early in the morning from Hamburg to Portugal in the beautiful city of Lisbon. Once there, they went directly to Nazaré, about 1 hour north of the capital. The winners did not have to worry about the accommodation, because this was of course included in their main prize.

Nazaré, known for its monster waves, is an absolute must for every surfer and also the second home of Germany's best big wave surfer Sebastian Steudtner. Here he was already able to break countless records. Together with the Laureus Sport for Good Foundation, they made this spectacular event possible. Then finally it was time - Sebastian Steudtner was already waiting at the harbor with his 280 hp jet ski on the two winners and welcomed them with a big hug.

For our winner Bjoern it was the first ride on a jetski ever and therefore something special. After all safety precautions were taken, the two started the jaunt on the North Atlantic. After a spectacular ride Sebastian brought us to a sensational vantage point where Big Wave fans can watch their stars surfing at big events. In the Forte de Sao Miguel Surf Museum, which was built on the viewpoint, he told the winners everything they needed to know about this demanding sport. Last but not least, we had lunch together. There, Bjoern and Sebastian had a relaxed exchange and got to know the Big Wave professional as a very likeable and purposeful person. Of course, there was also time for souvenir photos.

Sebastian took a lot of time for the winners and had a great time to spend the day with them. Thanks Sebastian! "The water action on the jet ski and the great time in Nazaré with Sebastian, I will not forget so fast!" said VIPrize winner Bjoern.

The donations from Bjoern and all other participants went to the Laureus Sport for Good Foundation. Laureus' charity employs sport to help young people around the world overcome problems such as violence, discrimination and disadvantage. Convinced that sport can change the world, Laureus Sport for Good cooperates with more than 100 organizations and projects in 35 countries.

Thank you Bjoern for the great support for the good cause.