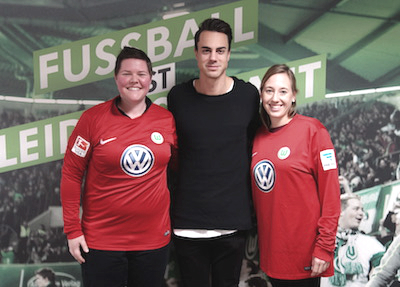 Winner Isabelle and her friend with Diego 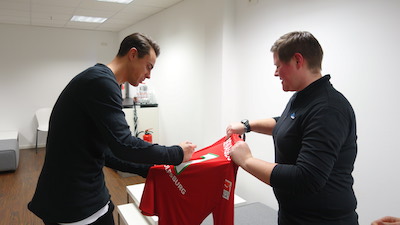 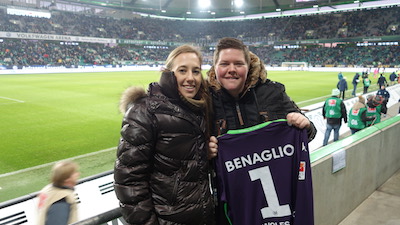 Isabelle and her friend in the stadium

Isabelle and her companion Chantal, both big fans of Diego Benaglio, got to meet their idol in the Volkswagen Arena Players’ Lounge during VFL Wolfsburg’s home match against Hertha BSC in last December’s run-up to Christmas.

Isabelle was the lucky winner of the Diego Benaglio Campaign on VIPrize.org in which donations are used for a good cause backed by the Laureus Foundation Switzerland.

After three months of hoping for the big win, Isabelle’s dream became reality - a meet&greet with Diego at his VFL Wolfsburg home stadium. After the trip from Switzerland, first stop was the stadium’s VIP area, where Isabelle and Chantal enjoyed the catering and then watched the match excitement from VIP seats.

Then after the final whistle, the big moment came at last - Isabelle and Chantal met in the Players’ Lounge with Diego, who went on to give them a personal tour through the dressing rooms and the interview zone.

"It was an absolute dream come true - I never thought I’d ever experience anything so amazing," said Isabelle after the meeting, when she and Chantal were on their way back to the airport. "I’d never hesitate to donate again to VIPrize.org - it’s just great, the prospect of such a wonderful experience and at the same time knowing that some good is coming from my donation."

As for Diego, he was back promoting the campaign on his Facebook page, and thanking all involved for their super support. We say: "Great, Diego, and thank you!"