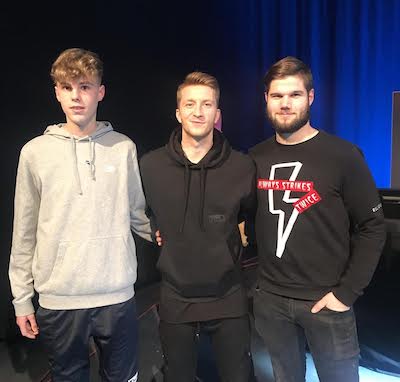 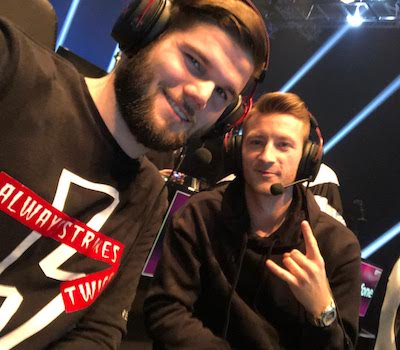 Meet TOP football stars like Marco Reus at a cool gaming experience and do something for a good cause? Sounds like a dream, but it actually came true for our 2 lucky winners Stefan and Jonah.

25 well-known professional soccer players competed in the Charity Fortnite Tournament to collect donations for SOS Children's Villages during the live stream to this online event on December 4th in Cologne - and our two winners right in the middle of it all!

Stefan, our winner of the Marco Reus action, came together with his girlfriend and sat down behind the screen right after his arrival : And this right next to the international football star Marco Reus, in whose team he played. Besides Reus our winners met other TOP football stars like Kai Havertz, Julian Brandt and many more - a dream come true for both football fans.
Stefan and Marco could not take the first place in the tournament, but still had a lot of fun and for both of them it was an unforgettable experience!
After the tournament, souvenir photos were taken with Marco Reus and the other footballers to capture this unique day.

Actually Jonah should have met Lars Stindl at a parallel charity event and played with him, but unfortunately he had to cancel. Nevertheless, Jonah and his dad could be there and to his surprise, HyperX provided a complete gaming set as compensation!

We would like to thank Stefan and Jonah for their donations to the SOS Children's Village and the Toni Kroos Foundation and hope that you will remember this VIPrize experience with your football stars forever!