VIPrize at the office opening celebration of diconium 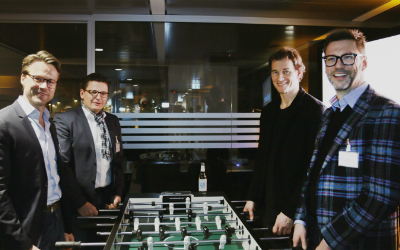 The managing directors of diconium with Jens Lehmann 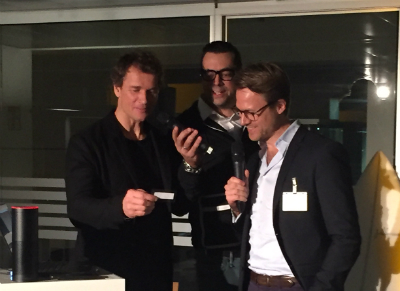 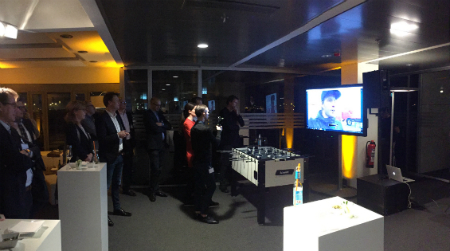 Sebastian Steudtner in a live conference from Portugal 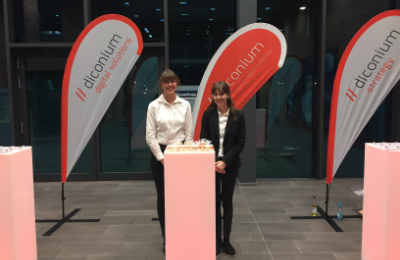 The message was clear: A new office was being opened in Hamburg. The company: digital specialist diconium , which offers clients expertise in digitalizing their operations. In order to stir up enthusiasm for the opening, VIPrize was contacted. A joint campaign package was then developed involving Sebastian Steudtner, Germany’s most successful Big Wave Surfer. After all, who better to usher in the company’s ride into the (digital) wave world?

A donations package with several thousand lottery tickets was distributed to guests, entitling them to take part in a main draw for a chance to ride the waves with Sebastian in Portugal (flights and hotel costs included) and - in addition - the chance on the company’s opening evening to win a surfboard personally signed by Sebastian Steudtner. All went well until, two days before the event, Sebastian said - by way of precaution - that he might not be able to get to Hamburg at all. The biggest of waves were on their way to Portugal - and who could blame the world champion in big wave surfing for wanting, as his highest priority, to be there? So - without further ado VIPrize, along with Laureus and diconium, switched the program around. And that’s when it got even better.

Sebastian was hooked up to the company launch event via a live video link and, after briefly explaining why he was unable to attend, handed over to his Laureus colleague Jens Lehmann, who had arrived in Hamburg at short notice in order to support the campaign as an ambassador. Jens explained in a Q&A session the challenges which digitalization faces in a sporting environment, then performed the draw for the winner of the surfboard, which had meanwhile arrived in Hamburg.

It proved a great campaign in which all went very smoothly, and was very positively received. It certainly got people talking, and looking forward to the next diconium company event. We wish Sebastian every success in his quest for The Wave, and we thank all involved for their great support.