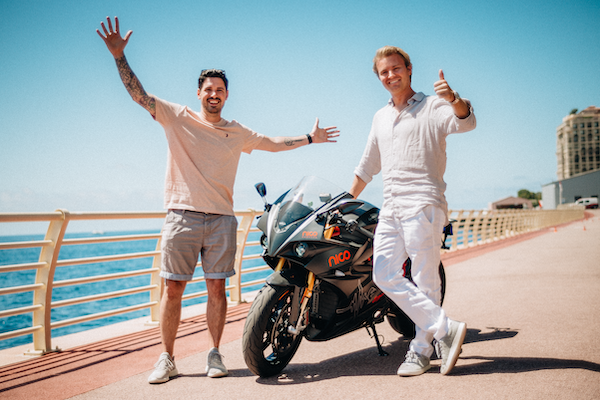 Nils and Nico together in Monaco 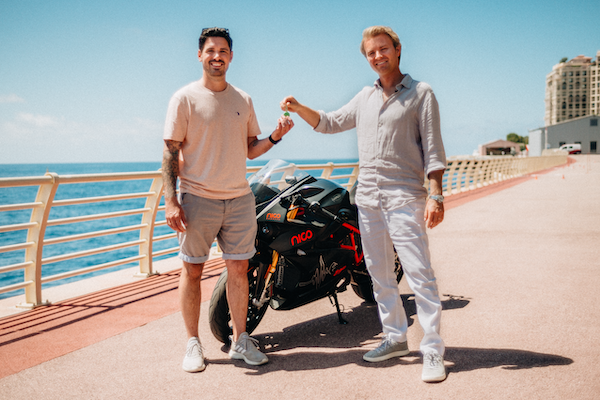 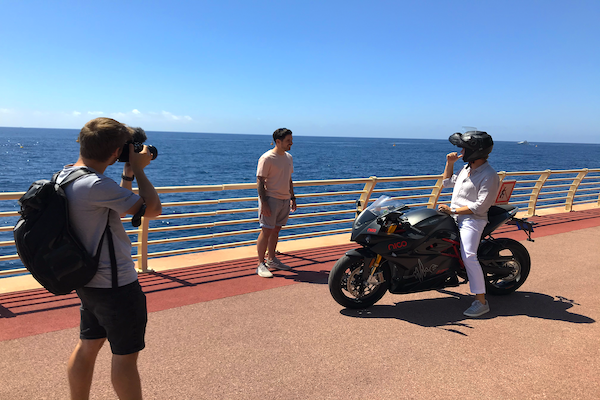 To drive the race track in Monaco together with Nico Rosberg and to receive a unique and custom-made Energica electric motorcycle from him personally - this dream came true for winner Nils.

Together with his wife and their daughter they went to the coastal city of Monaco on 21.06.2021.

In front of a beautiful background Nico handed over the custom-built Energica electric motorcycle to Nils which, with a top speed of 240 km/h and a torque of 200 Nm, is absolutely unique.
Nico took a lot of time, explained to Nils all the details of this special motorcycle and showed him all the special features that the bike brings with it.

As a surprise, Nico then invited Nils to take a ride together in an Audi E-Tron. Together they drove the spectacular Formula 1 track in Monaco twice and Nico explained in detail every curve, every difficult spot and even showed Nils the place where he himself has had problems while driving.
After the ride together and the handover of the motorcycle, it was shipped to Germany by an electric truck of DB-Schenker. So very soon Nils will receive this special motorcycle at his home in Germany.

In addition to this unforgettable experience, Nils and his family spent another day in beautiful Monaco and, besides a sightseeing tour, were also allowed to take a brief look at Nico's Monaco office.

Thanks to Nils' donation in favor of the Red Cross Italy as well as the foundation RTL "Wir helfen Kindern" he not only experienced an unforgettable day in Monaco, but at the same time supports two organizations, which have set themselves the goal to reduce the effects caused by Covid-19 in areas for seriously ill children as well as families in need and to support them.

We say thank you to Nils for your commitment. With your donation for aid projects of the Red Cross and the RTL Foundation you have set a great example!