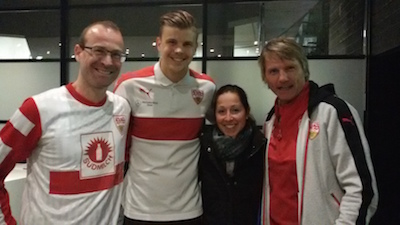 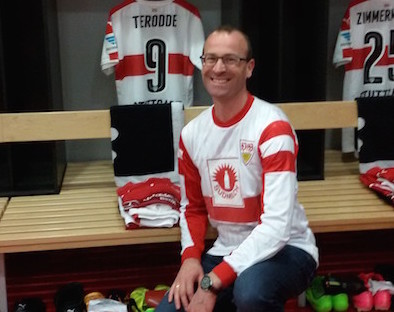 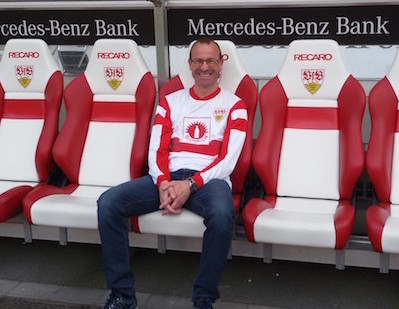 Our VIPrize-winner Fabian and his wife Claudia had a personal meeting with their idol Mitch Langerak after VfB Stuttgart’s unforgettable 3-1 home win against Union Berlin. Fabian was the lucky winner of the VfB Stuttgart Campaign with VIPrize.org, in which donations go towards VfBfairplay for a good cause.

For Fabian, it was a dream come true - a personal encounter with Mitch Langerak and other VfB players at their home ground, the Mercedes-Benz Arena. After their trip from Stimpfach, the two winners were given an exclusive stadium tour by VfB legend Peter Reichert, during which - shortly before the home match against Union Berlin - the behind-the-scenes encounters included dressing rooms, coaching bench and interview zone. After this, they headed up to the VIP area where they were treated to club catering before going to their VIP seats for the match excitement.

Then, after the final whistle, came the big moment at last - Fabian and Claudia were able to toast the victory with Mitch Langerak and other VfB players in the stadium catacombs. "After this unforgettable experience I’m looking forward to more VIPrize.org campaigns. It’s a great idea to do some good, and at the same time get exclusive bonus articles and the chance of such a terrific experience!“ said Fabian late that night after meeting Mitch.

A big thank you to the many people who responded to this campaign, whose donations went to helping handicapped footballers who are mainly supported from the proceeds. Since 2014, VfB’s VfBfairplay campaign has supported efforts towards helping handicapped people from the sporting world attain social equality. We shall continue to keep you informed.