BAP in Frankfurt - a meeting with Wolfgang Niedecken

Winner Christoph at the Meet and Greet with Wolfgang Niedecken 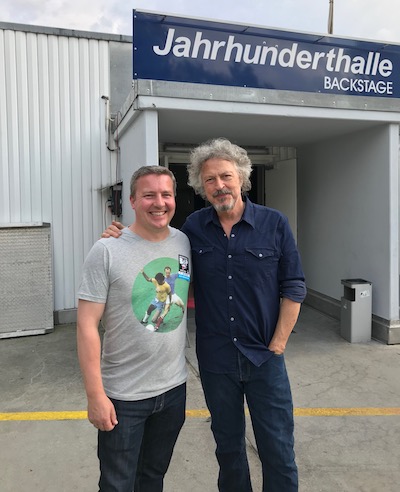 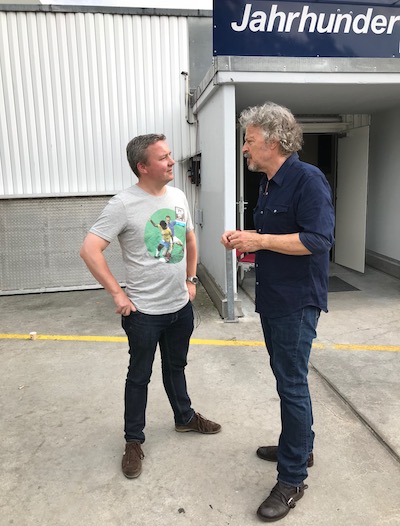 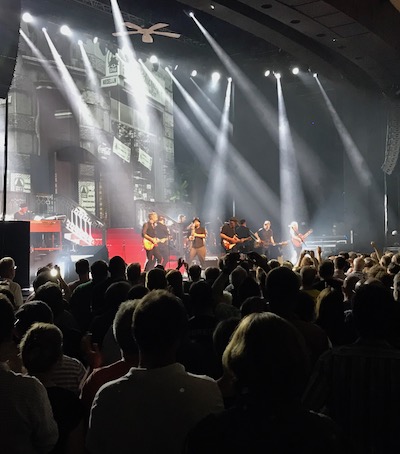 BAP rocks the Jahrhunderthalle in Frankfurt!

The meeting with Wolfgang Niedecken was a great success!

What Christoph has experienced, you will find out in the following report from himself:

"In February, I received an e-mail that moved me to joyful excitement: for once, I had won in a raffle, and exactly what I had wanted for years: a personal meeting with Wolfgang Niedecken. I'm a fan of Bap since 1988 and even though I was standing alone in the middle of the corridor with this fan-existence, I stayed the same - where love just falls.

On the 8th of june the time had come, I met Pablo from VIPrize in front of the Jahrhunderthalle, we went in, were guided into the backstage area, where we waited for a moment. And then it really happened! My teenage hero, whose music and lyrics I had to fight one or the other dispute with my parents, whose texts accompanied me for 30 years, stood in front of me and said: "Hello, I'm Wolfgang." - As if I did not have that already known from time to time. So I wanted to answer something cool, possibly also put one of my prepared, super-intelligent and funny 10,000 questions, but got only a stuttered: "Uh, yes, I'm Christoph, hello ..." out. Well, that's the way it is.

But what happened then? Wolfgang knows such situations, but knows no arrogance. And so he calmly, charmingly, politely, facing, smiling and simply kindly bypassed each of my communication gaps and so I could relax more by the minute. It was a lively chat about the tour, the Bap story, the famous Bap altar, the relief of Viva con Agua and rebound and much more.
But I did not get my grin off my face.
After 20 minutes it went on for Wolfgang and with some great memory photos in head and camera Pablo and I ran in the direction of Halle, to prepare for the concert, where I talked him first with some funny, interesting Bap stories and some meaningless nerdknowledge. But that's part of it! In any case, we got along great!

And then we enjoyed the concert for 3 hours and 15 minutes. Which band is playing so long these days? Answer Wolfgang before: "Springsteen and we." Not bad! A beautiful, punchy concert with the third-mix known for fans (1/3 classic, 1/3 new material and 1/3 new from the drawer). New to me was the three-headed brass section, which on the one hand gave the songs a new note and on the other hand allowed the band to play one or the other lost song once again.
Many thanks to Bap, Pablo and VIPrize for this very special evening that I will never forget. "

The donations of Christoph and all other participants went to the aid organization Viva con Agua de Santa Pauli e.V., which is committed to ensuring that all people worldwide have access to clean drinking water. The donations were used to support the Wash Water project in Uganda.

Thank you Christoph for the great support for a good cause.