Meet and Greet with the Band BASTILLE 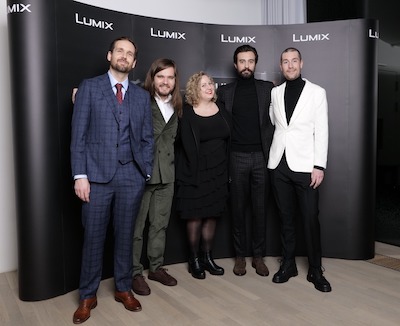 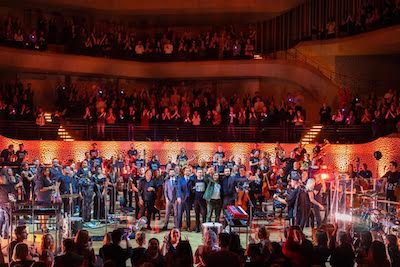 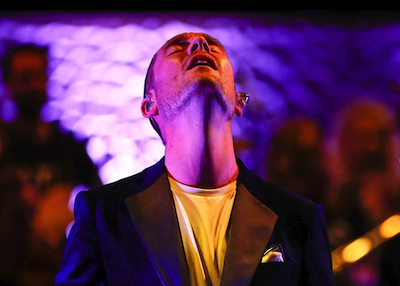 An unforgettable concert experience with BASTILLE in Hamburg

With hits like "Pompeii" and "Good Grief" the four-man indie rock band BASTILLE has made a name for itself internationally - who wouldn't like to spend an evening with the cool British guys?

For our lucky winner Rike and her friend Elena this dream came true: In Hamburg they met their stars up close and personal and could party at the Bastille concert in the Elbphilharmonie!

On Saturday, January 4th, the two were picked up by the Mercedes Shuttle Service and driven to the Elbphilharmonie, where they were welcomed with a cocktail and snacks in the VIP Lounge. Then they went straight to the Meet & Greet, where they finally met their stars! The meeting was a great success, the two Bastille fans were overwhelmed! Of course there was plenty of time for souvenir photos and also on the red carpet, over which Rike and Elena were allowed to walk together with the band, great pictures were taken.
Then it was off to the Channel Aid concert in the Elbphilharmonie - with the best seats in the first row, which Channel Aid had given to our winners so that they could be there up close thanks to perfect visibility.
The concert was a complete success and the atmosphere was madness! Bastille played songs from their new album and also performed old classics. What also made this concert a unique experience for the band was the musical accompaniment by the "Baltic Sea Philharmonic" orchestra under the leadership of star conductor Kristjan Järvi. An unforgettable musical experience!
After the concert we went straight to the after show party, where Rike and Elena partied until the early morning hours and had the chance to meet the band in person.

We thank you Rike for your donation to the FABS Foundation and hope that you will remember your VIPrize experience with Bastille forever!