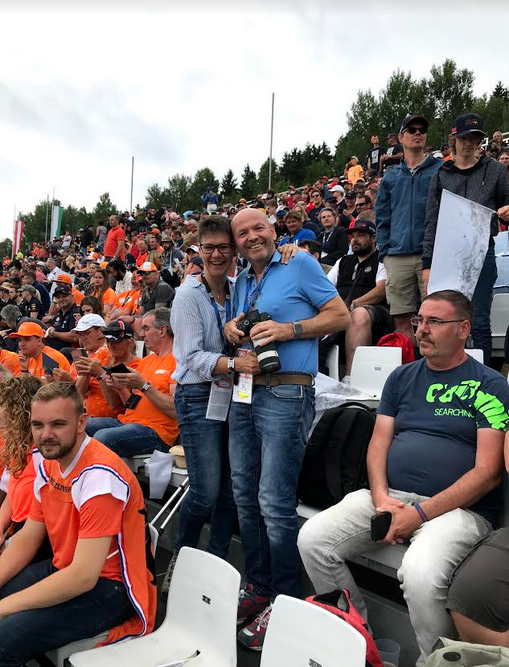 Winner Sabine together with her boyfriend Kalle in Spielberg. 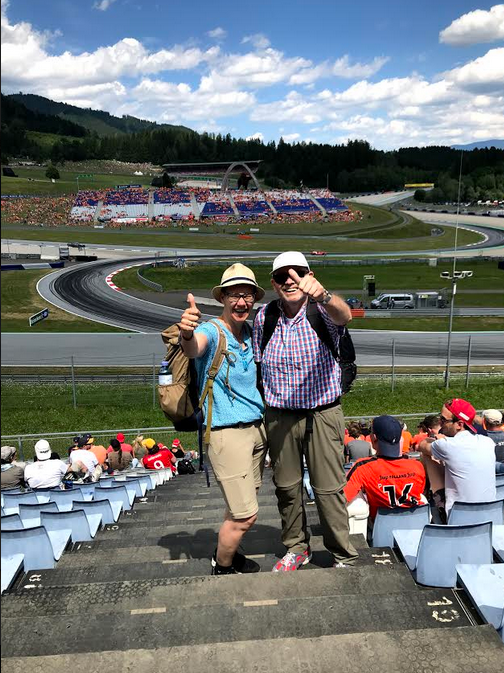 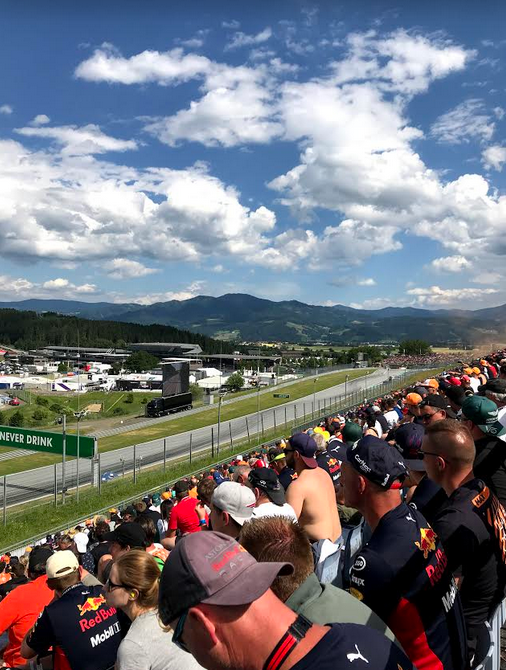 The super view of the Red Bull Ring from the seats.

Once a fast-paced Formula 1 experience live and up close - this dream became reality for our winner Sabine on the first weekend of July 2021.

Together with her boyfriend Kalle, Sabine went to her first live Formula 1 experience on Saturday morning to Spielberg - the home of the world-famous motorsport circuit "Red Bull Ring".

Together with many other Formula 1 fans they watched the qualifying for the race at the next morning. There were already some highlights and surprises, which promised an exciting race the next morning:
In qualifying, Max Verstappen took the pole position and Lando Norris crossed the finish line in second place, driving an amazing race. The day also held a number of other attractions in store for motorsport fans. Among other things the Red Bull Driftbrothers showed their skills on the race track and a W-Series race could also be watched live on the race course.
After this exciting and very eventful day, Sabine and Kalle went, full of anticipation for Sunday's race, back to the Hotel Gambswirt in beautiful Tamsweg, where they spent the rest of the evening together.

After a delicious breakfast the next morning, it was finally time for the absolute highlight: to experience the Formula 1 race on the racetrack in Spielberg live and up close!

Arrived at the location, all the fans were already eagerly awaiting the race.
Especially Dutch people made up the bulk of the fans on site to cheer on their star Max Verstappen and Red Bull Racing! Also on this day there were again some highlights, which for example a show of the Red Bull Aerobatic Triple held ready. A spectacular flight acrobatics with aerobatic planes, helicopters and even parachutists of Red Bull was shown - a unique experience!

But also the following Formula 1 race had a lot of surprises and exciting action to offer:
After an impressive start-finish race, Max Verstappen deservedly won the Austrian Grand Prix, winning by just under 18 seconds at the Spielberg racetrack.

World champion Lewis Hamilton, on the other hand, had to struggle with some problems on the race car and Sebastian Vettel crashed on the last lap and finished the race without important points in the battle for the world championship title.

For Sabine and Kalle a long but unforgettable and eventful race weekend came to an end on Sunday evening.

Thanks to Sabine's donation in favor of the Kinder- und Jugendhaus Funk, she was not only able to experience an unforgettable weekend in Spielberg, but at the same time also supports a children's home, which offers traumatized children a home again, where they can regain confidence and a sense of purpose in life.

We thank you Sabine for your donation and hope that you will always remember your VIPrize experience in Spielberg!

If you also want to support charities, feel free to look around for more campaigns on our platform.