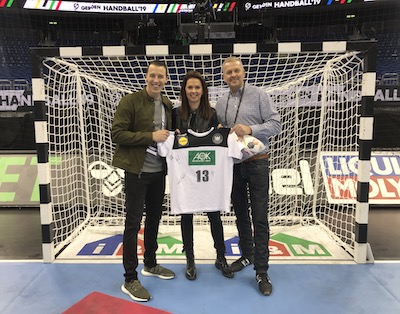 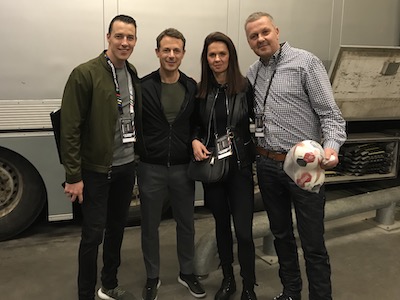 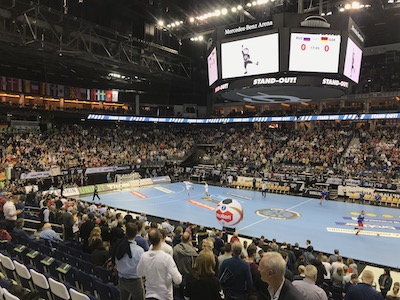 Join the Handball World Cup and get to know former World Champion Dominik Klein in person?

For our winner Bianca and her brother Dirk from Dessau this wish has come true!

Thanks to your great support for the German Sporthilfe, the two had an unforgettable experience at the World Championships in the Mercedes Benz Arena in Berlin. Of course, all travel and accommodation cost was covered by VIPrize.

On January 14th, Bianca and Dirk went to Berlin to watch the match Germany vs Russia. The two were also overwhelmed by the sensational atmosphere in the sold-out Arena- such a fantastic atmosphere made this World Cup experience even better!

After the game, our lucky winners had the chance to personally meet former top player Dominik Klein in the VIP Lounge. Klein, who won the world championship title in 2007 with the national handball team, took a lot of time to receive them, take pictures and gave them an exclusive behind the scenes tour: Bianca and Dirk went to ARD TV Studio, the Handball Pitch and the Commentator's Desk and even the official media zone.

After that, the two met ARD TV sports host Alexander Bommes and as a surprise received an original team-signed DHB jersey from Dominik.

What a day that will forever be remembered by Bianca and Dirk!

We say thanks to Bianca and Dirk for your commitment. With your donation, you have set a great example for charity projects!