Meet and greet with Jupp Heynckes 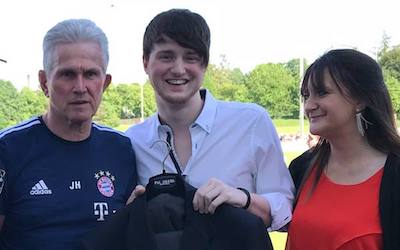 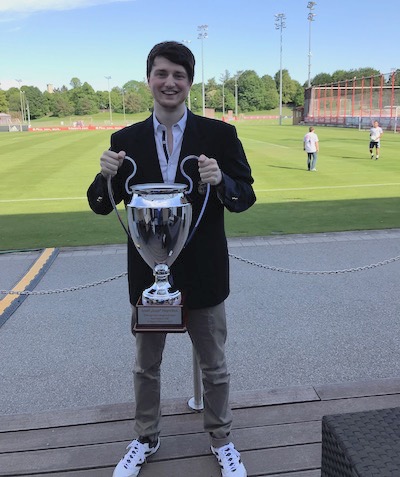 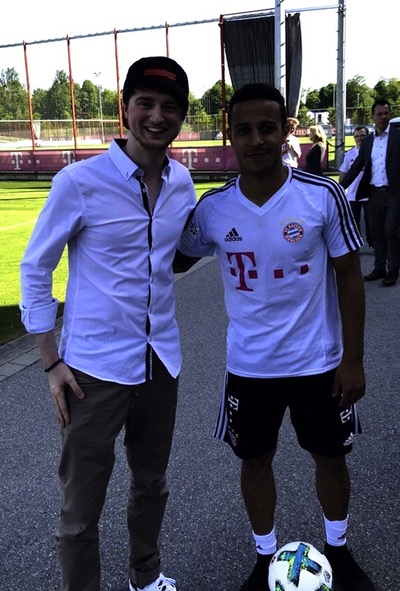 The meet and greet with VIPrize winner Maximilian and Jupp Heynckes was great success.

Here you can read the personal experience report of Maximilian.

„When I got the email that I´m the winner of the Meet & Greet with Jupp Heynckes, I could not believe it at first. After reading the mail for several times I realized, that i will have the chance to meet the coach with whom my club was allowed to celebrate the greatest success of the club's history.

Shortly thereafter, Jupp Heynckes came up to me with the words "And where is our winner?". A little later, we also posed for a photo and presented the suit of Jupp Heynckes from his UEFA Champions League 1998 victory as coach of Real Madrid. It was really breathtaking to meet the modest coach of FC Bayern Munich in a relaxed atmosphere. The suit is of course an absolute highlight!

During the following signing session, I watched Jupp sign the prize draw winnings, such as the insanely cool Champions League trophies, and had the opportunity to sign my own 2013 CL final ball. Always joking, Jupp Heynckes then took the time for a little small talk before leaving the terrace. There was an unexpected highlight when Thiago spontaneously came to take a photo with me - in addition to the coach, I got the chance to meet another player, which rounded off the terrific win.

All in all, the memory of a top organized and exclusive experience, which will certainly not give it a second time. I would like to thank the entire VIPrize team, who was not only very friendly to us during the event and I look forward to the next raffle! "

The donations of Maximilian and all other participants went to FC Bayern Hilfe eV, which has the goal of helping innocent people in distress. The focus is also on the promotion of education and training, youth and elderly care and sport.

Thank you Maximilian for the great support for a good cause.