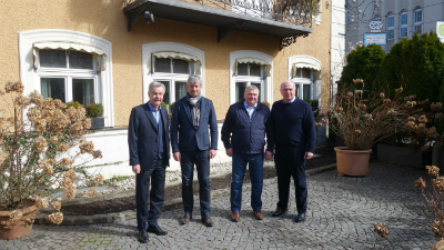 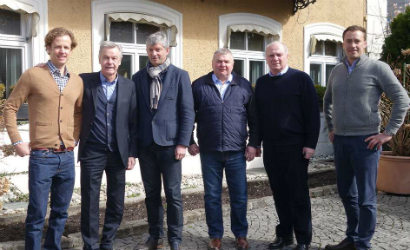 Meet and Greet with Uli Hoeneß and Ottmar Hitzfeld 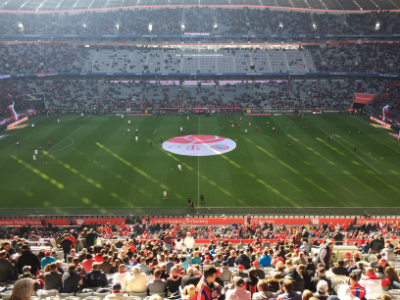 The moment came at exactly 12 noon on 28 November 2016. The draw saw Hubert S. from Niederbayern emerge as winner of a lunch and then stadium visit with FC Bayern Munich President Uli Hoeness and FCB ex-coach Ottmar Hitzfeld. Shortly after the draw, VIPrize informed the lucky winner.

Hubert S. could hardly believe his luck - after all, he had simply wanted to do some good and, in return for his campaign contribution, receive a signed life-size player figure for his party cellar.

To begin with, Hubert and the person accompanying him met the two celebrities for a lavish lunch at Munich’s Bogenhausener Hof (as reported by the city's TZ newspaper), during which they were able to ask all those questions they’d long wanted to put, and also hear plenty of insider stories.

Then the four departed straight to the Allianz Arena, where Uli Hoeness invited the pair into his personal lounge area. Here, the winners met many more Bayern stars before joining Hoeness and Hitzfeld to watch the match from their director’s box.

"I never thought I’d win - I just absolutely wanted to have the life-size player figure and at the same time do some good," said Hubert after the match. "Getting to meet the two of them as well was an unforgettable experience for me!"

We’re delighted about the nearly €40,000 raised in campaign contributions, and would like to express our heartfelt thanks to all who took part. The donated money will be used by FC Bayern Hilfe eV towards education and training projects for disadvantaged children. And a big thank you as well to FC Bayern and all the players who took part - you were a great team!